The 24 year-old Puerto Rico native today lives in North Ridgeville, something he never expected to do after graduating from North Ridgeville High School with high honors.

As he was looking for a four-year Ohio college with a curriculum to match his interests and talents, Borges discovered the University Partnership at LCCC, which would allow the cost savings and convenience of earning an associate and a bachelor of science degree without leaving the area.

“Once I discovered the University of Toledo was in the partnership and offered studies in both the hardware and software sides of computer studies, I was sold,” he says. “It met my need for a great education at a very affordable price.”

The attraction of the program was enhanced by its small class sizes and a professional development focus that included learning how to write resumes and ace job interviews.

Family Influence and an early start

Borges’ journey into science and engineering started in childhood. His father, an airport electrician and mechanic, encouraged his curiosity about how things were constructed and functioned.

“He explained things to me in a way a child could understand,” he says.

In second grade, the family moved from Puerto Rico to Lorain County, and Borges’ father began introducing him to building and flying model airplanes. He was hooked, leading to a life-long interest in aviation.

“I went from a child interested in knowing how thing worked to building model airplanes, and then to an interest in aviation and engineering as I approached college,” he says. “In middle school, rockets fascinated me, and by high school I had goals and dreams of doing something in engineering. I wanted to create things, something that would be helpful to the world.

“The rise of personal computers, the internet and live-streaming became a big part of my life. It dawned on me that this technology was not going to go away and that I was interested in pursuing both engineering and computer science as a career.”

LCCC’s University Partnership program provided him with a “fantastic way” to pursue his dreams, while staying local and keeping costs down.

“I had great faculty from both Lorain and Toledo,” he says.

The Toledo faculty assigned to the partnership taught both on-site and via teleconferencing that enabled students to see them at the whiteboard and interact verbally.

Finding the right mentor to lead the way

Borges was lucky to have a father who could help him understand the physical world. And in the University Partnership, he found Brent Nowlin, Ph.D., LCCC assistant professor and NASA electrical engineer, and Lawrence Thomas, Ph.D., an on-site assistant professor from the University of Toledo. The pair sharpened the skills of Borges and his classmates by organizing trips to software programming competitions at other colleges.

Thomas says Borges was an “excellent student, among those who seem to naturally morph into a leadership and mentoring role and pull up the underclass students.”

The professors’ mentorship gave Borges the confidence that he could achieve his dreams.

“What kept me going was knowing where I wanted to drive my career,” he says.

“They are achieving world-moving goals through entrepreneurship and showing me what one person could do to improve people’s lives,” he says. “That is the goal of technology, and that’s my goal, too.” 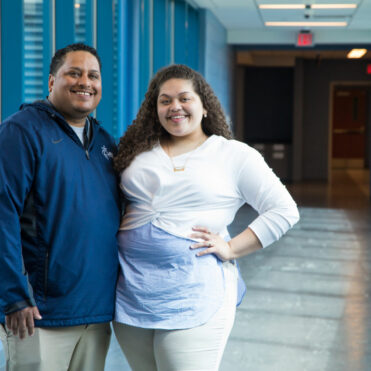 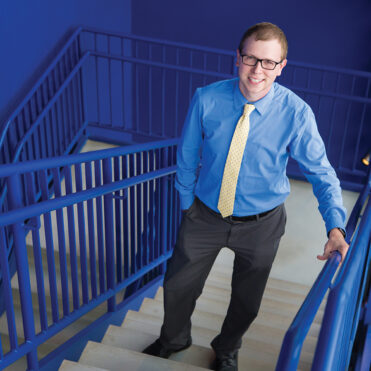 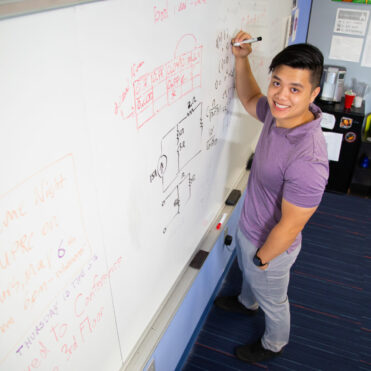